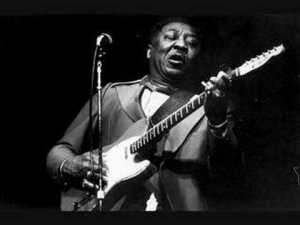 Muddy Waters first recorded Mannish Boy back in 1955. He and Willie Dixon had previously written Hoochie Coochie Man, which had inspired Bo Diddley‘s I’m a Man,and  which in turn provided the basis for Mannish Boy. The song is credited to Muddy Water, Mel London and Bo Diddley, and features a repeating lick based on one chord.

Waters recorded Mannish Boy on several occasions  –  in 1968, for the Electric Mud album, in 1977 for the Hard Again album, and on the 1979 live album Muddy “Mississippi” Waters – Live. Muddy can also be seen performing it on The Band‘s The Last Waltz film.

The song has become something of a blues standard, having reached number 5 in the Billboard R&B chart when first released. It was inducted into the Blues Hall of Fame “Classics of Blues Recordings” category, as well as being included in the Rock and Roll Hall of Fame‘s list of the “500 Songs that Shaped Rock and Roll,” and was ranked by Rolling Stone magazine in its list of “500 Greatest Songs of All Time”.

The song is basically a raunchy number, both musically and lyrically, full of male sexual bravado. When Muddy sings “I’m a natural born lover,” and “I passed 21, I want you to believe me baby, I had lots of fun,” and “I’m made to move you honey,” there’s really no doubt as to what he’s talking about. He also says he’s a “hoochie coochie man” – the hoochie coochie  was a sexually provocative dance that became wildly popular in Chicago in the late nineteenth century. The dance was performed by women, so a “hoochie coochie man” either watched them or ran the show.

Despite the clear sensuality of the song, there’s something more going on in the song. In the Southern states under Jim Crow, including Mississippi where Muddy Waters grew up, a black man was never recognized as anything other than a “boy.” 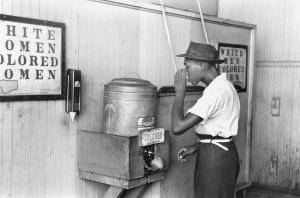 Fifty years after the Emancipation Proclamation of 1853, Thomas Bailey, a southern educator set forth fifteen major premises of the “common opinion of the South” of black Americans.  Two of these said, “The negro is inferior and will remain so,” and “Let the lowest white man count for more than the highest negro.” African Americans were both demonized and dehumanized. A white student in 1909 – shockingly – wrote, “The negro is more like a mule than anything I can think of…You cannot get the brute out of the negro; therefore he must be kept under subjection.”

Such were the attitudes that Muddy Waters experienced growing up in Mississippi. As a black man, he was considered and treated as less than human, and one of the ways in which this was reinforced was in the way in which he would never be referred to as a man – always as “boy.” Blacks at best were children, to be looked after, provided of course they knew their place, behaved and did not become “uppity.” At worst black men were considered a source of danger to white womanhood, ready at any opportunity to act as crazed, ravishers of pure white women. On this basis, many of the atrocious lynchings that mark the Jim Crow period in the South took place.

Muddy Water’s song, then, takes on a new meaning in this context. Now that he’s free of Southern racism and oppression and is a successful musician in Chicago, Muddy can assert his black manhood – “I’m a man, I’m a full grown man,” sings Muddy, “I spell M-A, child, N.” And free from the accusations of sexual misconduct, the sexual bravado of the song becomes at least understandable. 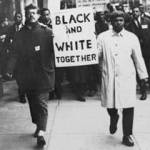 Despite the complicity of the white Christian church in years of racism in the South, the gospel is the message of God’s unconditional love for all God’s children, irrespective of race or social position. Before God we’re all the same, common humanity, with the same problems and the same potential. St. Paul lived in a world in the first century where the dividing line was between Jews and Gentiles. He wrote two of his letters to help groups of the first Christians to understand that there need be no difference between people. To the Galatians he wrote, “in Christ there is neither Jew nor Gentile,” and to the Romans he took a great deal of time to explain that nobody, whether Jew or Gentile, had any rights before God and that everybody was made right on the same basis of their devotion to the Messiah Jesus. Nothing, he said, could separate us from God’s love.

No one has the right to dominate or oppress others on any basis. To do so flies in the face of the God in whose image we are made. We each have an intrinsic worth – because God loves us. The truth is we need each other to survive and to thrive. We are human because we belong to each other, we participate together and we share together.

Inequality due to racism clearly still exists and the past casts its long shadow over the present. New York Times columnist Nicholas Kristof alerts us to “the way past subjugation shapes present disadvantage.” More generally in our societies we see inequality due to aggressive competitiveness, and political and economic structures that result in large numbers of people – even in the US and Europe – suffering hardship and lack of opportunity. In the US, 95% of all income gains since 2009 have gone to the top 1 percent and the top 1% of Americans take home 22% of the nation’s income. Christians need to be in the vanguard of those seeking change in our society and the wider world – as those who will take a stand for our common humanity and against whatever it is that drives a wedge between us.