God Don’t Never Change: The Songs of Blind Willie Johnson has earned plaudits from all quarters and Grammy Award nominations for Best Roots Gospel Album and Best American Roots Performance for the Blind Boys of Alabama recording of Mother’s Children Have a Hard Time. The album was produced by Jeffrey Gaskill of Burning Rose Productions. The album features a star studded cast which includes Tom Waits, Lucinda William, Derek and Susan Trucks, Luther Dickinson and the Cowboy Junkies. Down at the Crossroads chatted with Jeffrey Gaskill to find out more about how the album came about:

DATC: First of all Jeffrey – congratulations on God Don’t Never Change. It’s a wonderful record; it’s been very widely acclaimed; it’s had two Grammy nominations. That’s no doubt been very pleasing for you – but have you been surprised at just how well it’s gone down? 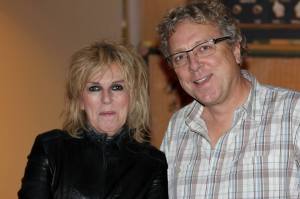 Jeffrey: I guess I’m not so surprised. I’m grateful for the Grammy nominations – I was hopeful they would come. But I like the fact that it’s gotten great reviews. These are uncertain times – everything’s uncertain, the music business is uncertain, you can’t take anything for granted. But, yes, I’m pleased with the nominations.

DATC: One writer said that your guidance resulted in “Eleven stirring renditions which replicate the soul of the songs, not just the sounds.” Presumably that was what you were striving for?

Jeffrey: Yeah, that was exactly it. Exactly. You know, just going for the heart of the song, and what Willie Johnson was saying at that time. Just bringing it up to contemporary times. And bringing artists together who can convey the song, convey the thought. Really, you know, it’s the thought in the song behind the music that matters the most.

DATC: So why did you want to do an album of Willie Johnson songs? 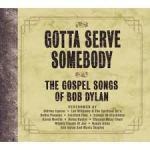 Jeffrey: Well I wanted to do it way back in 2003, after my Dylan project, Gotta Serve Somebody: The Gospel Songs of Bob Dylan came out. But you know, I had to give some things a rest after that and it was hard to find a label that was willing to go to bat for the project on paper before it was recorded. This was at the time the record industry was collapsing.

DATC: So what is it about Willie Johnson’s music that really appealed to you, that made you want to do this album?

Jeffrey: I think it’s the sense of permanence – and I think it’s the same thing with Dylan’s music – these are themes that everyone needs to think about in their lifetime, no matter  when in the spectrum of time they’re living their life – it’s really timeless, enduring music. It’s not something to be sung today and forgotten about tomorrow.

DATC: And that’s the thing about his music – it really has endured over the years. It’s been covered by so many artists, in so many ways over the years. There’s something about it that seems to appeal to people in different eras, perhaps coming from different genres of music.

Jeffrey: Yeah, his music can be interpreted in any number of styles, so seminal is it. He himself, we might say, is hidden in plain sight, to the extent that most everybody is familiar with at least one or two of his songs, if not all of them. Although maybe not familiar with him as an artist.

DATC: The interesting thing, Jeffrey, is that Johnson’s music is quite unashamedly Christian; it springs right out of his vibrant faith. How come people still have an appetite for it, and how come artists who may have no particular interest in faith want to cover his songs and find his songs compelling?

Jeffrey: Well, of course some people only see Blind Willie Johnson as a blues artist, with those universal themes. It takes perhaps a little bit more understanding  and appreciation of the lyrics and what he’s getting at to really fully realize him as a gospel artist, which he truly is. But he can be taken either way I guess.

DATC: Can you tell us a bit about the process of making this album, Jeffrey? From what you’ve said I gather it was a long time in the making?

Jeffrey: Labels loved the concept of the album and the artists who were interested in recording, but the budget and the financial end just wasn’t feasible while the industry was collapsing. So inevitably I wound up raising the funds through a kick starter campaign. I was grateful for kick starter, but it’s not really in my nature to want to go out and do things like that. But, you know, when your back’s against the wall, and you want to get something done like that, you’ll do what needs to be done. And then the thought came to me about his dilapidated home in Marlin in Texas that I had visited, and what could be done about the wood from it, and through some extraordinary generosity, a woman down there whom I had befriended was able to secure some wood from the house before it was demolished. And that became the Blind Pilgrim Collection – the cigar box guitars.

[Wood that had fallen free from the dilapidated house where Johnson lived with his wife and singing partner Willie B. Harris in Marlin was delivered to the capable hands of George Brin at String Tinkers in Putnam, CT.  He carefully cleaned up this old Southern Yellow Pine and painstakingly hand-made ten magnificent finger-jointed boxes book-matched front and back to create these cigar box guitars.]

DATC: And there were some guitar picks as well weren’t there? I’m kinda kicking myself – I wish I’d tried to get one of those picks!

Jeffery: Well, they were made from the same wood that the guitars were made from. I said, “do you have any scraps left?” and in fact there were three very small pieces of wood left, and so I sent them out to a fabulous pick maker out in California, and he was able to get a hundred picks out of that wood. [Chris Brossard Picks (www.brossardpicks.com)]

Jeffrey: Well, just sending letters to management, saying, hey, I’m Jeff and I made a record called Gotta Serve Somebody: The Gospel Songs of Bob Dylan, and I’m working on this Blind Willie Johnson project, and here’s a song, and I wonder if you’d consider singing it?

One artist we tried, an Irish one other than Sinead O’Connor, was Van Morrison, but we never heard back from him. That would’ve been nice.

DATC: So you suggested songs for particular artists, rather than artists choosing?

Jeffrey: In most cases yes. With some exceptions – like for Sinead O’Connor, I think I gave her different suggestions up front and then she came back and said she wanted to do a different couple of songs. But then I gave her Trouble Will Soon be Over. So that took a little bit of back and forth. But I think we landed on the right one.

Down at the Crossroads’ review of God Don’t Never Change: The Songs of Blind Willie Johnson is here

DATC: You sure did! It’s probably the surprise of the album, but it’s really fabulous. I wouldn’t have thought of Sinead O’Connor doing a song on an album like this. But she really nails that one, doesn’t she?

Jeffrey: Yeah, she totally nails it. And when I heard that, it really surpassed any expectations I had for the record. That and the Cowboy Junkies. I’m proud of all the tracks – they’re all great – but I really feel like, Sinead O’Connor and the Cowboy Junkies take it to another level, to a real contemporary sound, and show the relevancy of the words and of Blind Willie Johnson’s music. And these are the sort of songs that can be played on the radio, you know, anywhere, anytime. 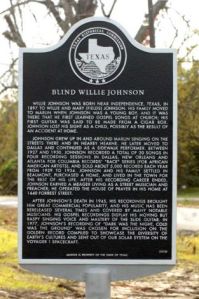 Jeffrey: Well I like to think that the world is an improved place since his time. But I would think Willie Johnson would think that the lessons from his songs are still relevant. I would hope there is less desperation now than there was back then, and that there would be more empathy and understanding.

DATC: Have you another project in mind, Jeffrey, or do you just want the let the dust settle a bit on this on at the moment?

Jeffrey: Yeah, maybe let the dust settle for now. I do have another project in mind, it’s more of a audio museum exhibit of shaker music. I’m from New England and this music comes from the area in which I live. It’s got real historic importance.

DATC: Sounds like a great project. Thank you Jeffrey. Again – congratulations on the album our best wishes for the Grammys.