Does the Bible endorse slavery? Is it, effectively, then, racist? Is it fundamentally flawed and of limited value? Can it only be rescued by a wholesale re-interpretation and reconstruction, discarding parts deemed to be unpalatable and revising others to suit a modern, more liberal agenda?

These are some of the questions Esau McCaulley wrestles with in this important contribution to a conversation about how we read the Bible in these troubled times, when societies all over the world, not least in the United States, are coming to terms with the endemic racism that has pervaded them. McCaulley is a biblical scholar, who earned his PhD working with renown scholar, N.T. Wright, an ordained minister in the Anglican church, and an Assistant Professor of New Testament at Wheaton College. He also writes opinion pieces for The New York Times and The Washington Post. So, well qualified for the task in hand.

We get some useful personal history in the early part of the book – McCaulley grew up in the South, well aware of the hazards of simply being black, and suffering the slights and distain that comes for people with his colour of skin. His experience of theological education left him unsatisfied, with the scholars studied all having been white and the sense that his own Black culture was considered “uncouth.” The debates over the meaning of scripture between liberals and evangelicals he encountered seemed a world away from the faith he had grown up with in his own community, which, he was told, had been corrupted by the “social gospel.” In the biblical studies academy, as elsewhere, it seems, there were few Black voices, and questions of relevance to them were ignored.

With all this in mind, McCaulley set out to discover afresh how the Bible might be said to address the experiences and hopes of his community. With Frederick Douglass’s distinction between slaveholder religion and the Christianity of the Bible in mind, he saw the need for a reading of scripture that took seriously the social location of Blacks. Not that he sees this as the sole perspective – he appeals for a discussion by a variety of cultures of the meaning of scripture, each one bringing its own context. The problem to date has been the unvarying white perspective that has dominated scriptural interpretation, which at times has ended up with lamentable results. A support for slavery, for example.

This is a topic McCaulley deals with in some detail in the final chapter of the book, highlighting how the Bible was a tool for oppression in the hands of white slave owners, who used some of the apostle Paul’s New Testament texts to justify slavery, and try and pacify their slaves. McCaulley deftly unpicks this sort of interpretation, with a consideration of a range of biblical texts from both the Old Testament and the Gospels, finding a trajectory towards equality within texts that were written in cultures where slavery was a part of life. He finds both biblical testaments creating “an imaginative world in which slavery becomes more and more untenable.” He undoes a reading of Paul that might be said to support slavery and concludes that, on the back of the biblical texts, the church ought to have rejected this evil much sooner than it did – “we should have freed the slaves.”

Other chapters deal with a “theology of policing,” church involvement in social protest and politics, the pursuit of justice, Black identity and Black anger. Clearly, given the police brutality towards Black people, the long-standing racism that is being exposed it seems everywhere, a President who is encouraging white superiority, and the anger and protests that all this has sparked, every one of these chapters is topical.

On each of these topics, McCaulley finds different answers for a Christian response than are often proffered. His chapter on Black anger is typical of the way in which he works in this book. Having already laid the foundation for this by his earlier discussion about a range of injustices suffered by the Black community, including police racism and brutality, McCaulley goes on to highlight his own experience of racism – all amounting to a “litany of suffering.” Black anger is the inevitable result. 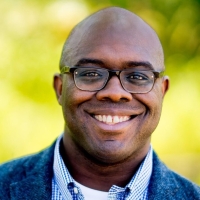 Now McCaulley works through a series of biblical texts – the psalms of vengeance, the prophet Isaiah and then the New Testament texts that speak of Christ’s cross. All of these take seriously the pain and suffering of victims of oppression and violence and all point to hope beyond the pain. In the case of the cross, McCaulley is not simply content to see Christ as an innocent victim who shows God’s identification with the oppressed – he wants to make sure the individual relevance of Christ’s sin-bearing is to the fore. And to stress that because of God’s action in Christ, there is power for wronged individuals to forgive rather than seek revenge. The transformation of “rage into love and forgiveness.”

Throughout the book, McCaulley is clearly committed to taking seriously the biblical text as his guide to each of these aspects of life. The whole canon of scripture is important to him and he clearly doesn’t want to simply pick and choose texts that suit him or his argument. He is prepared to consider each difficult text in its own measure, bringing both his understanding as a biblical scholar and of the historical context of the texts, and his experience as a Southern Black man to the interpretive process.

The result is an invigorating and ultimately hopeful experience. McCaulley is utterly realistic about the historic and current difficulties and suffering of his community, but he finds the biblical texts to be far from supportive of any of that. On the contrary, they can offer hope for Black believers – and others who are concerned for a more just world.

McCaulley’s scripture reading reminds us that most of the Bible was written by people suffering oppression of one sort or another. It cautions those of us who are not, who are relatively wealthy and not powerless, to be careful in how we handle the Old and New Testament texts. He reminds us that primary characteristics of the God revealed there are love, justice and faithfulness, which ought to give rise to both comfort for the oppressed and inspiration for every Jesus-follower to take action to address injustice.

What we have here is not just Esau McCaulley Reading While Black, but a powerful lesson for us all in reading the sacred text. Insightful, well-written, and bang up-to-date, it’s an important book about not only how to read scripture, but the nature of the gospel itself.