Rory Block, Prove It On Me

Rory Block, Prove It On Me: Power Women of the Blues, Vol. 2

“Her playing is perfect, her singing otherworldly as she wrestles with ghosts, shadows and legends.” New York Times 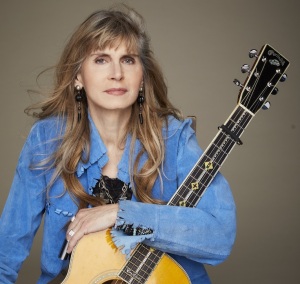 Rory Block is one of the world’s greatest living acoustic blues artists. Since she was a teenager in the early ‘60s in New York City, she has devoted her life and career to performing the blues. Her talent has been recognized many times by WC Handy and Blues Music Awards in the US, as well as gaining accolades and awards in Europe. She was the 2019 Blues Music Awards Acoustic Artist of the Year. In a career spanning more than 40 years, she has recorded 36 albums, has toured incessantly, and shows no sign of slowing down. (check out our great interview with Rory here).

For a number of years, Rory Block has been paying tribute to the some of the great early bluesmen, Robert Johnson, Skip James, Mississippi John Hurt, Gary Davis and others. In 2018, she turned her attention to the women of the blues and released A Woman’s Soul, a tribute to Bessie Smith, arguably a more challenging project, given Block had to arrange what had been big band songs for her acoustic guitar driven versions.

It was something of a triumph, however, and now she’s back with another album celebrating women blues artists, and exploring some of the more obscure material. Prove It On Me is a 10-song set that features songs by Arizona Dranes, Elvie Thomas, Merline Johnson, Madlyne Davis, Helen Hulmes, Rosetta Howard, Lottie Kimbrough, Ma Rainie, and Memphis Minnie.

Block says that her goal with Prove It on Me was to bring to light some of the great talented women who for whatever reason did not become as famous as people like Big Mama Thornton, Rosetta Tharpe or Sippie Wallace.

In addition, there’s a Rory Block original, Eagles, which is inspired by the ups and downs of own life. It contains the line, “I’ve been left for dead,” and the song is dedicated to a friend who was beaten badly and left for dead, and as a result became blind in one eye. “She’s beautiful and kind and spreads kindness wherever she goes.”

Block says these songs are about “mother-loss,” a testimony to the strength of women, especially mothers. As usual, Block plays all the instruments, and does all the vocals and harmonies. The result is remarkable, giving the effect of much more than just one woman and a guitar. She gets the arrangements just right throughout, channelling the spirit of the original artists, but giving a thoroughly up-to-date interpretation for a modern audience.

The album gets off to a rollicking start with Helen Humes’s He May Be Your Man, now imagined as a swinging rock’n’roll number. It’s Red Hot features Block’s deft slide guitar; as does Ernest Lawler’s In My Girlish Days, a Memphis Minnie song, delightfully laid back and featuring some cool harmonies.

Block’s intricate guitar work, slide or picking, throughout is, as you’d expect on a Rory Block album, quite wondrous. Her singing, too, does full justice to the new song arrangements, nicely phrased and bluesy.

I particularly enjoyed I Shall Wear A Crown, originally done by blind gospel singer Arizona Dranes, an inspirational song beautifully treated by Block with some sparkling gospel harmonies throughout.

The album closes with Motherless Child where Block deftly weaves her finger picked guitar with some nice slide. Combining the themes of motherhood, feckless men and loss, it’s a fine way to complete a hugely enjoyable and memorable album.