Blues in the Time of Corona #1

We’re locked down, confined to our homes, doing our best not to panic in the face of the barrage of news about coronavirus. It’s easy to get to blues just now, but remember – the blues are about joy and hope, as well as hard times. So, at Down at the Crossroads, we thought we’d post a few songs over the next few weeks to help keep our spirits up, in a series we’re calling Blues in the Time of Corona, borrowing a bit from (and mangling!) the title of Gabriel García Márquez’s famous novel.

Today’s song is that famous old standard, Trouble in Mind, which laments the trouble and problems the singer faces, which are enough to make him throw himself into the river, but then he realizes, “sun gonna shine in my back door some day.” As the old Persian adage has it, “This too will pass.”

Here’s a fine version by Brooks Williams and Guy Davis:

But I won’t be blue always

Sun’s gonna shine in my back door some day.

How do you like your Christmas songs? Schmalzy soft jazz, White Christmas and all that? Gritty like the Pogues? (please, no!) Or maybe with a tongue firmly in cheek, like the Bare Naked Ladies?

But then there’s Victoria Spivey’s Christmas Morning Blues, where she’s lamenting the fact that her man’s in jail; John Lee Hooker’s Blues for Christmas, with the plaintive “I ain’t got a dime;” and Blind Blake’s Lonesome Christmas Blues where he remembers last Christmas when he was in jail, and this Christmas isn’t much better – “I’m sick and I can’t get well.” Tough times don’t stop for Christmas. Just ask the millions living in war torn Syria or Yemen or South Sudan; other those going hungry in East Africa, or the brutalized Rohingya people of Burma. Or even the more than 43m Americans and 14m Britons living in poverty.

Truth is, the world can be a tough place, and none of us are immune from tough times – family problems, health problems, relationship problems. The celebrations of the holiday season don’t make these go away.

It’s hard to find a blues song that taps into the heart of Christmas. And by that I mean hope. G.K. Chesterton, the writer, poet, and philosopher said that “hope means hoping when everything seems hopeless.” So it was with the first Christmas – a family living under the occupation of a brutal, despotic regime; a new baby, brought into the world in the most humble and poor of circumstances; the birth announced to a bunch of rough, uneducated shepherds; the new family becoming refugees, forced to move to a foreign country. Pretty tough circumstances.

And yet the story is shot through with hope – that change and redemption is possible. That things can be different. That the power of love unleashed into the world through the coming of this baby can ultimately be more powerful than all the tyrants and war-mongers and greed-merchants and liars. That justice and fairness can prevail. Instead of despair at the state the world is in, the Christmas story urges us to take courage – see the possibility of redemption and change for ourselves and begin to make a difference in the world around. Hope in a hopeless world.

Hope. New possibilities. Change. It’s what Bethlehem is all about.

Yet in thy dark streets shineth
The everlasting Light
The hopes and fears of all the years
Are met in thee tonight.

How I Hate to See Christmas Come Around 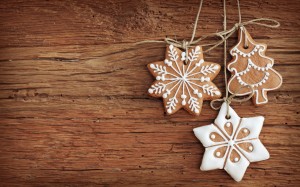 Christmas is the time of year when everything is supposed to sparkle and there’s joy and laughter all around. For many people, it’s become pretty much divorced from any connection to the original Christmas story and it’s now an opportunity to catch your breath and take a bit of time out as winter begins to set in, or a chance to celebrate with friends and family, and, increasingly, it can be just a rather unholy festival of consumption, excess and acquisitiveness.

For many families, the pressure to celebrate Christmas with fancy food and presents puts them under enormous financial pressure which can leave them with months of debt. Consumer counselling agencies in the US typically see a 25% increase in the number of people seeking help in January and February, driven by holiday bills that haunt consumers like the ghost of Christmas past. People in the UK spend more than anywhere else in Europe on Christmas presents and, unsurprisingly, there are more people in debt after Christmas here than anywhere else.

Jimmy Witherspoon’s How I Hate to See Christmas Come Around brings us face to face with someone doing their best to scrounge up the money to buy a few Christmas presents. He checks his bank account, but finds only 15 cents. He tries the loan company and gets no joy there. So he goes to the pawn shop to pawn his radio, but gets refused. The result?  “No chicken, no turkey, no cranberries, no Christmas tree.” When Christmas comes around, “It always bring me down.”

Funny how the Christmas story which was set in the most humble of circumstances – a baby laid in a cattle trough – and where some of the lead actors were poverty-stricken shepherds, has been twisted to become an excuse for a blow-out of commerce and indulgence, isn’t it? For sure Christmas is an occasion for hope and joy – the birth of a baby, through whose life, death and resurrection the world can be transformed – but perhaps it’s time to resist the tide of advertising and the sale of a particular type of “traditional Christmas” and to replace it with a focus, not only on friends and family, but on those in our society and world who need a little hope. Here are some organizations that might help you do that:

Walter Trout has had a pretty torrid last year with serious illness that ended up with his being at death’s door awaiting a new liver. I saw him play in Belfast last autumn, where he looked a shadow of his former self, but nonetheless played his heart out and seemed to draw life from the response of the appreciative crowd. He’s now got his new liver and reports are that he’s recovering well. Let’s hope that continues and that we get to see him playing his unmistakable blues licks and taking command of the stage as only he can. I saw him play Glasgow about three years ago – the support band was a group of young guys, up and coming, with a guitarist who could play blistering solos, at great speed and with great intonation. They were very, very good. But when Walter and his guys took the stage, the whole gig was transformed – here was a guy who had all the technique and musicality, but who owned the stage, who connected with his audience, and who reached out and grabbed you with his music and his lyrics, and who sent you away with a smile on your face.

Remarkably, Walter’s new album is released this month – The Blues Came Callin’. Willie Dixon once famously said, “The blues is the truth.” The blues has always told the truth – not only about individuals’ struggles and feelings, but about the way the world is, the injustice it contains. Well, Walter has given us a blues album that tells the truth, is all its starkness and rawness.

The song Willie alludes to Walter’s experience of being ripped off in the music business, about someone who has come back to “pick my bones and “peck away my eyes.” We get blues about lost love in Hard Time and blues about facing your own fears in The Blues Came Callin’. And, perhaps most poignantly, Walter gives us an insight into what he’s being going through of late in Wastin’ Away and The Bottom of The River. As his health failed, he found himself looking through the mirror, realizing he’s “living day to day” and feeling like he’s “wastin’ away.” Regret for the past surfaces when he sings “lookin’ back at where I’ve been, good times and mistakes I’ve made, The people I have loved.”

He goes on to compare his experience to falling into a river and getting caught in a current so that he almost drowned. “It was cloudy – it was cold, At the bottom of the river, Is where I met my soul.” Again the past haunts him – “all the people I had loved…all I had done wrong,” yet somehow he hears a loud voice telling him “This ain’t your time to die.” “That’s when I decided to make it to the light,” he says – a remarkable testimony to Walter’s inner strength and determination in the most adverse of circumstances.

The music on the album attests to this remarkable strength of spirit. These are all blues songs, but none are downbeat. Yes, you can hear, here and there, that Walter’s voice isn’t as strong as we’ve heard it. But there’s life, there’s hope, there’s determination here. Despite the subject matter of some of the songs, the album is life-affirming. 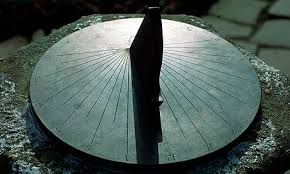 In Take a Little Time, Walter reflects, as perhaps – sadly –  only people facing the most adverse of circumstances take the time to do, on the need to step away from the pressure, the busyness, the “telephone…buzzin’,” the “people at the door,” and just take a deep breath, and focus on the most important thing in life – the people you love. As somebody famously said, nobody on their death bed regrets not having spent more time in the office. The truth is, for most of us, “the days are flyin’ by, goin’ too damn fast.”

So has it always been – Job, in the Bible said, “My days are swifter than a runner, they speed by,” and the writer of the Psalms thought we should “number our days, so that we might live wisely.” Or as Walter puts it:

Walter’s looked into the face of death and gained some perspective on life. That gives the rest of us the opportunity to get that same perspective now, before we reach the point where regrets loom large.

Thanks, Walter, for giving us this gift of an album – honest, lyrical, beautifully arranged and produced. Let’s hope we can all take your advice. (And here’s wishing you a speedy and full recovery).

Postscript: Walter’s wife Marie wrote on 1st June: “Walter continues to do well…[he] now has a very good chance of living for a couple decades or more. His body will regenerate… The experience has shown us the beauty of the human spirit. We have experienced a powerful and encompassing sense of community and goodwill.”