I listened to a great version of a song recorded in 1924 by Clara Smith called Prescription for the Blues recently on the Watkins Family Hour album. It struck a chord, having suffered some ill health recently myself – doctor’s prescriptions have been all too frequently part of life of late!

Of course the song isn’t really about treating physical health – it’s about the blues, what Robert Johnson called “an achin’ old heart disease,” the “worried blues.” W.C. Handy said that the “blues were conceived in aching hearts.” Prescription Blues is a clever, light-hearted, playful little song about being love sick, having a “heart disease” and asking the doctor  for a cure:

Let me tell you doctor why I’m in misery
Once I had a lover, but she went away from me
…Oh doctor doctor write me a prescription for the blues

And that’s what most of the blues are about, isn’t it – lost love, love gone wrong, unfaithful lovers, unrequited love, yearning and heart break. As Son House said, “Ain’t but one kind of blues – and that consisted in male and female that’s in love.”

Well, for sure that’s mainly the subject matter of most blues songs. But there’s more to it than that, and I think this is why the blues continue to resonate for us. The blues arose in black communities a century ago, in the hardship, toil, injustice and bondage of African Americans. B. B. King said, “The blues is an expression of anger against shame and humiliation.” And, as well as love, many of the songs address real life problems – not having enough money, illness, homelessness, bereavement, abandonment. You can easily think of songs like Victoria Spivey’s T.B. Blues (“I got a tuberculosis; consumption is killing me, It’s too late, too late…too late”), about a disease that is particularly associated with poverty, or Blind Lemon Jefferson’s Broke and Hungry, or Big Bill Broonzy’s Starvation Blues, where he sings about having no job, no place to stay and “starvation everywhere I go.” 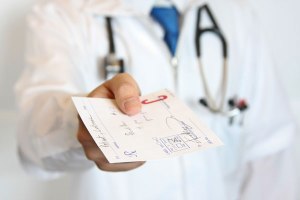 Well, of course, there is a prescription for all this – we don’t have to tolerate injustice, racism, exploitation. They are all problems that can be addressed, if we have the will. The blues can keep on jolting us out of our safe, comfortable lives and alert us to the pain and ills of the world around. Will we be part of the problem or part of the solution? Which starts with the words of someone from a couple of thousand years ago: “do unto others as you’d have them do unto you.”