Kenny Meeks makes great bluesy sounding Americana music. He has worked extensively alongside artists such as Sixpence None the Richer, Buddy and Julie Miller, and Al Perkins, and has four albums to his credit over the past 12 years or so. He’s a great guitarist and gritty singer – and an accomplished songwriter. His new album, New Jerusalem, which we had in our Best Americana list for 2016 is a very fine collection of original songs, all with a gospel flavour. Down at the Crossroads has the opportunity to talk to Kenny recently, and he was gracious enough to be very open and honest in response to our questions – 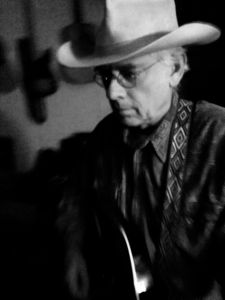 Kenny: Thank you very much Gary. What got these songs flowing, and this record, was the suicide of an elderly neighbour who was a bit of a grandfather-figure to our kids (especially my boys) – which impacted our family deeply. Also, the sadness of the sudden death of my brother Paul was pretty rough.

These events stirred something in me that became a response to suffering, pain, and isolation. As I began writing songs, a little bit of my history came out. I wrote all but one of these songs through this season of grief and reflection. Also, it’s a bit of a legacy record for my progeny……a peek into my soul and my story. I’m not sure I’ll ever make another record this personal again. It’s not just about those topics, but that’s what got things going.

DATC: Tell us about the title track, New Jerusalem – what is that all about?

Kenny: It’s about the afterlife. I do believe in it, in a biblical way. I wanted to sing about it. I wanted the song to be a celebration and a proclamation. It’s also about a vision of greater unity among followers of Jesus. The absence of schisms, and unity, in Heaven. It’s for me as much as for the listener. 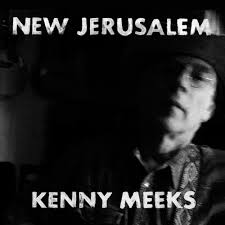 DATC: Mercy Pays the Toll is an interesting song. It talks about “when pain moves in to stay,” and “when this world wears us down…and leaves us tired and sore.” It sounds like there’s some personal experience in there. You ask the question – “how do we live?” What’s the answer, in your experience?

Kenny: This song is in response to the pain I was seeing around me. I’ve certainly had – and caused – my share. But people live with chronic pain, chronic poverty, chronic sadness, post-traumatic stress, or mental impairment. I don’t think I necessarily ask the question looking for an answer. I think the question is meant to be a meditation. How can we share burdens of others? Some so heavy, they think their only way out might be to take their own life?

But, I think the answer is to always love. If only love could be my default response to every situation….. and when it isn’t, we have mercy. Maybe “How Do We Love” would have been better said?

DATC: There’s a bluesy feel to your music, but it’s never downbeat. How have the blues as a genre influenced you and your music?

Kenny: Maybe the blues has been misunderstood as a sad genre. It’s not. I mean, life is sad, and the blues are certainly about life. But, I hear a lot of joy in blues music. But…there is the presence of a yearning in all music, and certainly in the blues. So, I think you’re right in a sense.

I read in a Time article about Delta music history, that lyrics like ‘I’m gonna leave you baby’ were sharecroppers speaking in code that they were going to leave their landowner for a better deal. That was the author’s take. Dunno if there’s any truth to it. But, allegory has always been very present in African American oral tradition and music.

American blues music shaped me early, through a trip to a family farm in Horse Cave Kentucky, where I wandered to the sharecropper home next door. I was real little. The neighbour was on the front porch, playing a dimestore electric guitar through a little amp with a jack-knife slide. That’s where they found me, slack-jawed, standing in front of that porch. This instantly became the music to which I would compare all other. It’s still in my mind like it happened yesterday.

I also really liked Dixieland music as a 9-year old trumpet player. My dad took me to meet Al Hirt at a record store. But, when I bought my first guitar with paper route money at 12, it would most certainly be manipulated with a jack-knife slide. When my mother passed away that same year, the blues became important to me. But, beyond sadness, maybe yearning? Some folks equate tempo with …you know – fast = happy, slow = sad. Man, the slower the better for me. And sometimes the real slow stuff is downright joyous!

DATC: How come the blues, with some of its associations with the crossroads and the devil and so on, can be a vehicle for gospel music? 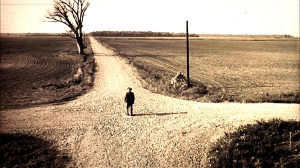 Kenny: As for the ‘deal with the devil’ I kinda see the “Crossroads” legend, as we know it, as a deal for fortune and fame, not specific to the blues. I’m fairly certain the music we consider to be the genre called the blues was uniquely born from the music of the African American slave population in America. And if their spiritual music wasn’t the birth mother, it certainly was the midwife. So, I think the blues have more kinship with the music of the African-American church than any other genre. It seems really natural to me, in an organic kind of way. I’m not fond of obvious “repurposed” blues-Gospel music. But Rev. Gary Davis …man… that is the absolute loveliest stuff ever!

DATC: Who are the blues and other artists that have influenced you most, either musically or lyrically?

DATC: Tell us a bit about yourself, Kenny – first of all, your website mentions your “migratory childhood, and blue-collar upbringing.” Explain that and how that plays into your art.

Kenny: We moved to Dearborn Michigan from Henderson Kentucky when I was 7. It was like a foreign country. So, exile, longing for the familiar surroundings of home. And the music I was hearing through this time kinda changed from country music to Motown, plus British invasion stuff and psychedelia. So the migration to Detroit brought lots of new music into my world. The blue-collar aspect is simply that my dad was a working guy. He was a brilliant mechanic, and he could fix stuff that other guys in the shop couldn’t figure out. I miss him. [Kenny’s father Alvis passed away in 1992].

DATC: You’ve been performing and writing songs for nearly 30 years – how has your music and career evolved over that time?

Kenny: Thanks!…Actually, about 40, but who’s counting? (laughs) Ummmm, pretty much same ol’ Kenny (laughs). I’m trying to learn how to learn better. And learning how to unlearn stuff I’m supposed to forget! I try to make honest music; hopefully that comes through. I think my songwriting has improved a bit. And, I learn from my kids and all the younger people I work with.

And, I’ve always really loved playing with other artists too. That hasn’t changed. I have made music with insanely talented people. Pretty humbling. If I started naming them…well, I’d leave out someone. But you know, it’s very humbling. As for my artist career, I mean, my friends know I always say “why would someone come to see me when they could stay home and listen to a Ray Charles record?” These days I sometimes play guitar for a very special lady named Sandra McCracken, whose music just takes your breath away. We’re going to play with Liz Vice next week. I’m really looking forward to that. 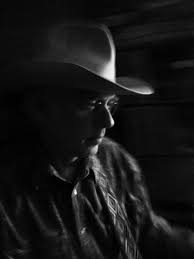 DATC: How do you find audiences at your shows react to the gospel feel of your songs – people, perhaps, who don’t share that faith?

Kenny: Very positive response, not unlike, maybe…a Mavis Staples audience? I think my music is non-confrontational, so the listener isn’t ‘put on the spot’. I never ‘preach’ with lyrics. Proclamation is kind of a good Gospel music method (and I guess that is a kind of preaching). Not all my music is Gospel music, but I think a song like Jesus Knows communicates that He is tuned in to you even if you’re not tuned into Him, you know?…and that’s ok. I just want my songs to make the listener feel welcome. Does that make sense? The important thing about Gospel music is to express that God loves us completely. We ARE loved. Just as we are. Nothing we could ever do could make God love us more. And there is nothing we could ever do to make God love us less. That is the grace of God.

DATC: Are your touring the album at the minute, and where will that take you over the next few months?

Kenny: I don’t have any shows coming up, but thanks for asking. I’d love to play some in the UK. I go where I’m invited, and that’s always such a pleasure. And it has been a pleasure speaking with you Gary. Thanks so much for your interest in my music. God bless you and yours.