Van Morrison has been singing the blues for a long time. In a Rolling Stone interview a while back he said he first realized he had a voice when he recorded himself singing on his dad’s reel-to-reel tape recorder. What did he sing? – “Leadbelly songs.” His influences were, he said, all black and he “related to the lyrics in Chicago blues and the stuff I heard by John Lee Hooker.”

Fast forward a few decades and Van Morrison’s new album, Roll With the Punches, is an unashamed album of blues songs which pay tribute to the influence of the blues on his own body of work. As well as a number of original songs, there are numbers by Sam Cooke, Lightnin’ Hopkins, Bo Diddley, Mose Allison, Little Walter, T-Bone Walker, Sister Rosetta Tharpe, as well as jazz musicians Count Basie and Jimmy Rushing.

This, Van Morrison’s 37th studio album, is one of the best blues album you’ll hear all year. The fifteen songs feature guest appearances by Jeff Beck, Paul Jones, Georgie Fame, Chris Farlowe and Jason Rebello, as well as some outstanding gospel-tinged backing vocals from Dana Masters and Sumudu Jayatilaka. The blues piano throughout is fabulous and Jeff Beck’s guitar work, especially on Bring It On Home to Me, is quite wondrous. The superb musicianship and production serves as a solid platform for Van’s vocal performance which is quintessentially Van, with its exquisite phrasing and characteristic stretching of words across musical phrases. 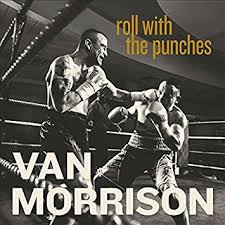 “From a very early age, I connected with the blues,” says Van. “The thing about the blues is you don’t dissect it – you just do it. I’ve never over-analyzed what I do; I just do it. Music has to be about just doing it and that’s the way the blues works – it’s an attitude.” Attitude is what this album has in spades. It’s solid, traditional blues, but always sounds up-to-date and the visceral attraction of the blues that the artist must have felt when he first heard the blues as a teenager is here channelled and explored, so that you can’t help but be drawn in and made to feel the emotion – the trouble, the loss and the joy that is the blues.

That dual sense of trouble and joy is explored in Morrison’s own song Transformation, again with some delightful Jeff Beck guitar work. “Remember when we were downhearted, didn’t have nowhere to go…” he sings, before,

“Then something starts happening, feel like you’re on a roll
Gonna be a transformation, baby, down in your soul.”

The reason for the transformation? Love – “Love like a river keeps on wanting to flow…Love is for ever, baby, down in your soul.” It’s easy to simply think of the casual romantic love – the careless love – of a thousand pop songs. But an old preacher I heard once defined love as a “conscious choice for someone else’s good – a decision, not an emotion.” Coming at it like that puts a different perspective on things. That’s the sort of thing that might, just, cause a transformation down in your soul. That strikes me as being a world away from Mose Allison’s “self-love” in Benediction, which for all its thanking of God, doesn’t give a proper answer at the point “When burdens get heavy, And hope starts to fade.” We need something more than self-love. Actually, that might be counter-productive.

Bob Dylan gets the real remedy for the blues. In a Christmas message from a while ago he said, “You don’t need Dr Phil…you don’t need me. Just go out and help someone more unfortunate than you.” Bob suggests going to “a soup kitchen, or a retirement home, maybe even a prison” to find someone to be with and to bring some cheer to. “No matter how bad you have it, somebody got it worse.”

Bob’s spot on with this bit of advice – it’s amazing how just taking your eyes and attention of yourself and your own problems, and starting to focus on the difficulties someone else has, suddenly makes your own situation look, well, not so bad after all.  As Jesus famously said – “If you love your life, you’ll lose it.” It’s those who “care nothing for their lives” that have the best reward (John 12.25)

Spirituality is never far away in Van Morrison, and he includes Sister Rosetta Tharpe’s How Far from God, and features something of the barrelhouse piano of the original – expertly done by Stuart McIlroy. The song reminds me of some of the lyrics in Bob Dylan’s I Believe in You – Dylan’s faith songs are to the fore at the moment with the imminent arrival of Trouble No More, the 13th in the Bootleg Series, which focuses on his spirit-filled output of 1979-1981.

In Tharpe’s song, Van sings, “Well since I received the blessing, My so called friends turned their backs on me.” Dylan’s song goes:

“And they, they look at me and frown,
They’d like to drive me from this town
They don’t want me around
‘Cause I believe in you.”

Seems like sometimes having a definite faith – or worse still, talking about it – doesn’t go down too well. In Rosetta Tharpe’s song, it seems that some “playmates” have walked and talked her down the road before she came to the realization of how far she now was from God. Interesting question for all of us, isn’t it, as we walk down the road – to wonder how far we are from God?

Never too far from the transformation of love.