So…it’s been another very good year for blues albums. Here is Down at the Crossroad’s view of the 25 Best Blues Albums. All these albums are terrific in their own way, so the ranking doesn’t really mean too much. Doubtless you’ll have your own favourites – by all means let us hear about albums we’ve left out.

Two huge blues talents combine to give us an exceptional album of uplifting, joyous blues. You just know these two guys are enjoying every minute of playing together. Eleven songs of potent, acoustic blues – pure delight. Here’s our review of their London gig: Review

Van Morrison: Roll with the Punches

Van Morrison’s new album, Roll With the Punches, is an unashamed album of blues songs which pay tribute to the influence of the blues on his own body of work.  It’s solid, traditional blues, but always sounds up-to-date and the visceral attraction of the blues that the artist must have felt when he first heard the blues as a teenager is here channelled and explored, so that you can’t help but be drawn in and made to feel the emotion. Here’s our comment on some of the songs: Review

As fine an acoustic blues album as you will hear all year. Two top modern day artists at the top of their game channelling two of history’s greatest acoustic bluesmen. There’s a warmth, feeling and joy in the way these songs are presented that draws you in and puts a big smile on your face. Check out our album review and then the interview with Fabrizio: Review

Walter Trout: We’re All In This Together

A joyful set of fourteen songs, with a guest on each song, trading licks and runs with Walter. The songs are upbeat, melodic, feature blistering, smouldering guitar work and are hugely enjoyable, each tailored by Trout to the style of each guest. According to Trout, he was just “jamming with his friends and having fun.” Wonderful stuff. Here’s our interview with Walter about the album: Interview

A big band of 12 world class musicians is a truly wonderful thing. Good as these guys are in the studio, they are sensational live and this album captures them perfectly, with a blend of orginal songs, riveting blues standards, and soulful covers of Leonard Cohen, the Beatles and Derek & the Dominoes. It’s joyful stuff, with Derek Trucks’s peerless electric slide to the fore and Susan Tedeschi quite incredible vocals – blues, soul, Gospel, Americana – doesn’t matter, she’ll nail it. Here’s our review of their Berlin gig this year: Review

The last album from the legendary Allman Brother whom, sadly, we lost this year. It’s a timeless blues and soul record, featuring Allman’s 8 piece road band and a raft of collaborators like the McCrary Sisters, Greg Leisz, Buddy Millar and Scot Sharrard. Mixing songs by Jackson Browne and Bob Dylan with originals, it’s a wonderfully poignant, intimate and ultimately satisfying bookend to Allman’s life and career.

Bibb said of this record, “With this album I want to encourage us all to keep our minds and hearts wide open to the ongoing plight of refugees everywhere.” He gives us American folk music classics, like Woody Guthrie’s “This Land Is Your Land” and Bob Dylan’s “Masters Of War,” with his own songs about the current refugee crisis – “Prayin’ For Shore,” a gospel-based tune about the exodus from Syria. It’s typical Eric Bibb fare – gorgeous vocals, wondrous picked guitar and songs of faith that go right to the heart.

Swamp and hill country blues, as usual, sounding fresh and compelling. With original and classic songs, and including a raft of fine guest musicians, there is raw energy about the album, which blends tradition with a contemporary sound. Prayer for Peace, the title song (which is also recorded on the Blind Boys of Alabama’s Almost Home album) addresses the racial problems facing the US. Luther Dickinson’s characteristic vocals just get better and better.

Mavis Staples: If All I Was Was Black

In songs written by Jeff Tweedy and an album produced by him, Mavis Staples delivers a powerful blues, funk and gospel protest against all that’s currently wrong in America. It’s stiring stuff, but never gets angry. Love is the answer. According to Mavis – “We go high when they go low”

Samantha Fish: Belle of the West

One of two albums she’s released this year, Belle of the West is a fine collection of bluesy Americana. Produced by Luther Dickinson, and featuring a fine set of musicians, it’s rootsy, it’s Southern, and it’s one treat of an album. 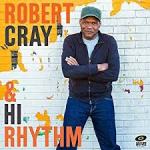 Recorded at the legendary Royal Studies in Memphis, this rootsy R&B offering from Cray and his band is mostly covers of little known songs and features Cray’s beautiful voice which hits notes other male singers can only dream of, and his matchless guitar playing with that glassy, pure tone that he coaxes out of his Strat and Matchless amps. Here’s our review of the band’s Belfast gig: Review

An album that is both a joyous celebration of life and reflection on the wider world. Lovely bluesy, gospel feel throughout, from 3 time Grammy nominee. Foster said that recording was a challenging and rewarding personal journey. Check out our interview with Ruthie here

On their 3rd studio album, Mandy Lemons and Sturgis Nikides have crafted a wonderfully variegated slice of Americana. There’s nothing predictable about this fine album, with Nikides virtuosic slide guitar on display throughout, allied to Lemons’ powerful, but controlled and emotion-stoked vocals. Album review here: Review

Twelve covers of classic blues songs from the likes of Memphis Minnie, Willie Dixon, Little Walter and Howlin’ Wolf. This is a quite exquisite take on a great set of songs, with wonderful arrangements that fit each perfectly. Combined with Ms. Jewell’s sensitive and adept vocals, it’s a winner. 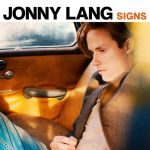 Hugely enjoyable blues rocker with help from luminaries as Walter Trout, Debbie Davies, Mike Zito, and others. Twelve original songs by Greene and Billy Gibbons’s Nome Zayne make for an adrenalin charged, head banging thrill of a record. Turn it up loud and let blues rock do what it does best – transport you out of your troubles and daily concerns. Here’s our album review: Review

What a treat this album is! Blues is indeed the new cool in the hands of this tightly-knit band of excellent, multinational musicians, led by singer Kathleen Pearson. Clearly the blues, but it’s modern blues – cool blues – which draws you in, speaks to you and lifts your spirits. Here’s our album review

A remarkable piece of work. It’s the blues, it’s dark, it’s raw, it’s frighteningly honest, it’s brutal, it’s poignant. And it asks a lot of questions of the artist, the listener and the world around. The style is electric blues, but done with a sparseness and simplicity that allows the song lyrics and message to come through loud and clear. Our review is here.

Blues diva Thornetta Davis’s album will draw you in, move you, and get your feet dancing. There’s an upbeat, bold attitude throughout with some inspirational gospel here and a lot of good fun. Check out our review here.

Mandy Brooks: Move On Up

In consideration for this year’s Grammy nominations, Move On Up is as fine a gospel blues album as you’ll hear. It features covers of Bob Dylan, Van Morrison, Blind Willie Johnson, Mississippi Fred McDowell and Curtis Mayfield, all nicely arranged and produced. But it’s Mandy Brooks bluesy, versatile vocals you’ll be enjoying most.

Music from the American: Epic Series

Otis Taylor: Fantasizing about Being Black

Kenny Wayne Shepherd:Lay It On Down 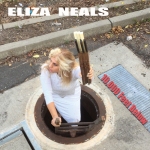